When I began my career in this business in 1997, the internet stock bubble was still expanding, and the retail (individual) investor was participating in a big way. The previous year, 1996, saw the birth and subsequent explosion of online trading with companies like Charles Schwab, E-Trade, and the three companies that would eventually become TD Ameritrade leading the way.

Actually, this was the second wave for retail investors to discover the excitement, rewards, and risks found in equity investing. The first wave occurred in the 1980s after the SEC banned the practice of fixed brokerage commissions, making investing more affordable for smaller investors. To appeal to this growing new class of investors in the ‘80s and late ‘90s, publicly traded companies commonly split their stock. Stock splits don’t affect the overall value of the company, but they lower the price per share and make it easier for smaller investors to purchase.

The growth of ETFs has had a significant impact on the frequency of stock splits, and thus on the average price an investor pays for one share of stock.

From the wreckage of the internet bubble burst in the early 2000s, there emerged a new instrument to entice the retail investor: exchange-traded funds (ETFs). These funds can be described as a “basket of securities” based on a particular exchange. The growth of ETFs has had a significant impact on the frequency of stock splits, and thus on the average price an investor pays for one share of stock. Rather than buy shares of stock in individual companies like they did in the 1980s and 90s, small retail investors now buy ETFs. 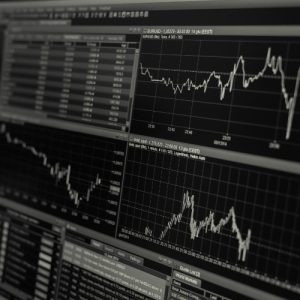 The Impact of ETFs

Due to the rising popularity of ETFs, companies no longer cater to the individual investor, choosing instead to court the ETF provider. You can see this phenomenon in the number of companies executing stock splits. In the past ten years, the average number of splits per year has plummeted from 44 on average to less than eleven. Last year, there were a grand total of five.

The impact has been remarkable, especially for investment portfolios with less than $100,000 in assets. Fifteen years ago, the average price of a share of stock of an S&P 500 company was $36.53. Today, that average is $117.63, an increase of over 300%. This new high-price environment makes it difficult for smaller accounts to properly invest in individual companies. For example, one share of Amazon in a $10,000 account would comprise nearly 20% of the account. Add in a share of Google/Alphabet, and that’s another 12%.

At Westover Capital, we are core believers in diversification. Whether a large account or small, we will always use the appropriate investment vehicles to maintain diversification while managing tax consequences.

Please don’t hesitate to reach out to us with any questions about ETFs and the evolving state of investing and markets.