If you ever find yourself singing along to a pop song for hours on end, you know how difficult it can be to get a catchy tune out of your head. The phenomenon is known as involuntary musical imagery (INMI), or what is more colloquially referred to as an “earworm.” Earworms are extremely common and are often triggered by either seeing words that remind one of a song, hearing a few notes from a song or even the emotion or feelings one associates with a song. As I reached out to a client last week to extol the virtues of a Roth IRA conversion for him and his wife, the song “I’m a Believer” kept running on an endless soundtrack in my mind.

A Roth conversion is a planning strategy that’s been around for 20 years but has become a potential cause célèbre in 2018.

At Westover, we have long said “Listen to the Music,” going back to that section of the newsletters Murray wrote for more than 15 years, which have tied music to markets. Chip and I are carrying on his Westover-music connection. Yesterday, Chip tied his market commentary to a Van Morrison song. I’m connecting my wealth planning commentary to this one composed by Neil Diamond. “I’m a Believer” reached the number-one spot on the U.S. Billboard Top 100 in 1966. This catchy, toe-tapping single was the top-selling record for all of 1967. More than 50 years later, it is considered a pop classic. (Check out this iconic YouTube clip HERE.) 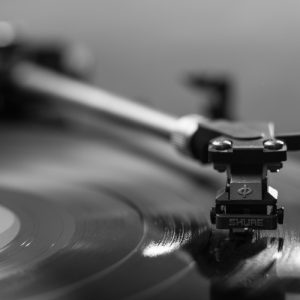 So, you ask, why all the fuss about a ’60s song and what triggered that earworm for me today? It’s because it’s a perfect manifestation of my belief in the efficacy of Roth IRA conversions for some of our Westover clients.

A Roth conversion is a planning strategy that’s been around for 20 years but has become a potential cause célèbre in 2018. The three key benefits from converting a part or all of your traditional IRA to a Roth are:

1. Roth IRAs provide the ultimate benefit in retirement — tax-free income forever. Unlike a traditional IRA, all Roth IRA withdrawals are tax-free as long as you take them after age 59½. You have to pay tax at the time of the conversion. However, the lower marginal tax rates that took effect this year make the conversion of a traditional IRA to a Roth IRA significantly less expensive than it was in years past. With tax rates scheduled to revert back to pre-2018 levels or higher in 2026, or possibly even sooner depending on the actions of the parties who are controlling Congress in the interim, paying income taxes now at current rates could be far less expensive than in the future.

2. No Required Minimum Distributions (RMDs). Traditional IRAs mandate that you start taking withdrawals at age 70 ½. What’s worse, the amount you must take is predetermined based on your life expectancy and you must pay ordinary income taxes on the distribution. With a Roth IRA, so long as you have owned your Roth IRA for five years, the timing and amount of distribution are entirely up to you. And, repeat, there are no taxes for any of the withdrawals.

3. Tax-free to your heirs. Any Roth IRA monies you leave your heirs will be tax-free. Roth IRA distributions are not only tax-free to you; they remain tax-free to anyone who inherits them. If you plan to leave an inheritance to your children or grandchildren, making it in the form of a Roth IRA is a way to ensure that they don’t inherit a future tax bill too.

There are instances where a conversion may not make sense, but if you like what you hear about Roths, contact us. We would welcome the opportunity to review your particular circumstance and give you our best thinking.