“When it’s not always raining, there’ll be days like this” – Van Morrison

If Van Morrison was an investment advisor rather than a musician, he may have chosen “months” rather than “days.” As October comes to a close, it’s on pace to be the worst month since February of 2009 which effectively marked the end of the financial crisis bear market. On Friday, the S&P 500 index officially entered correction territory as it had fallen 10% from its recent high made just over a month ago on September 21. That marks the second 10% correction in 2018 representing a complete reversal in levels of market volatility relative to the historically calm calendar year 2017. 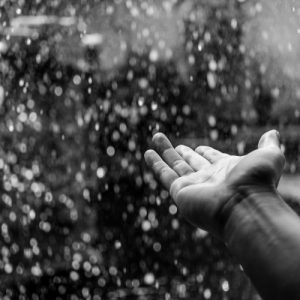 There are a number of reasons for the recent sell-off. Rising interest rates have begun to hurt those industries of the economy sensitive to rates, namely housing and autos. Escalating trade tensions between the two biggest economies in the world, China and the U.S., have increased uncertainty in the business community’s global trade outlook. Geopolitical tensions and political polarization has increased anxiety in the consumer economy. And finally, despite some encouraging signs last year, the global economy excluding the U.S. continues to struggle mightily.

The Impact of Recent Earnings Reports on the Market

Recent earnings reports from globally integrated, economically cyclical companies in the industrial, material, financial and semiconductor sectors have, in general, disappointed the market. And the recent market sell-off has inflicted some pretty significant technical damage to most market indices. The market will need some time to digest these disappointing earnings reports and technical damage. For those reasons, we have taken a close look at our clients’ equity targets making sure portfolios are not overweight stocks. We’ve also lightened up on those economically sensitive sectors like industrials and materials.

However, we still believe that this will be a garden variety correction rather than the start of a severe bear market. What gives us confidence is that two of the most accurate predictors of recessions do not show a recession on the near-term horizon.

Recent earnings reports from globally integrated, economically cyclical companies in the industrial, material, financial and semiconductor sectors have, in general, disappointed the market.

What the Leading Economic Indicators are Telling Us

The other accurate predictor of recessions is the slope of the yield curve. It has inverted, meaning short-term interest rates are higher than long-term rates, before each of the last five recessions. And on average, it inverts almost 2 years before the recession begins. This indicator is not nearly as encouraging as the LEI, as the slope has flattened severely since the Fed began increasing rates. However, it still has not inverted which suggests that even if it inverted today, we would have some time before the stock market reacted to a looming recession.

We are also encouraged by historically low unemployment, GDP growth estimates that are stronger than recent history, and corporate tax reform that has left U.S. companies more globally competitive and with more cash to invest. In addition, combining this year’s double-digit earnings growth with a declining stock market has left stock markets at very reasonable valuations.

As always, we are monitoring the markets and economic data closely, and are doing our best to both grow and protect our client’s portfolios. If data and company results begin to tell a different story, we will make the necessary changes to adapt. For now, we continue to believe the secular bull market will continue and stocks remain the best place to invest.

This rain will stop, but it’s never any fun getting wet.